Meet Angry Stan, the virtual reality (VR) simulator training nursing students at the University of Newcastle to deal with conflict in the workplace.

The prototype replicates a typical emergency department and creates a virtual scenario where students encounter an abusive hospital visitor, Angry Stan, and must respond calmly in order to control the situation.

The high-pressure mock scenario gives students little background to Angry Stan, but he appears extremely agitated, slightly intoxicated, and is seeking information about his friend that has been in a car accident. 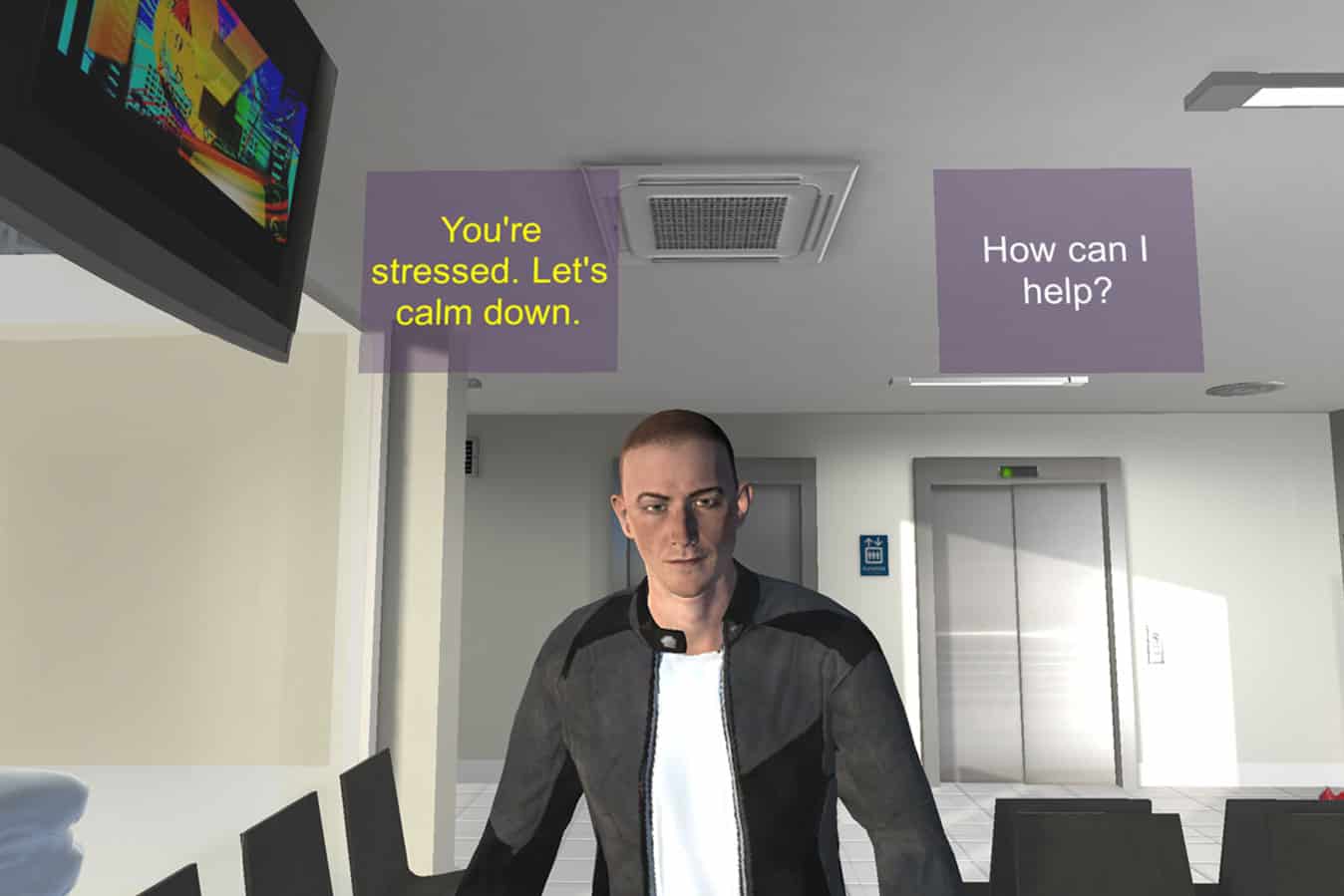 The three-minute simulation requires students to assess the situation and respond to Angry Stan’s questions in a manner that puts him at ease and de-escalates the potential conflict.

Just like a real-life emergency department, students are also tested on their ability to keep a clear head while dealing with competing priorities by having to continually hit a buzzer on the side of the virtual screen during the confrontation.

The Conflict Resolution training VR program responds to real-time biometrics, such as the student’s heart rate, so the calmer they remain the easier it becomes to manage Angry Stan.

The program was embedded into the mental health module undertaken by the university’s second-year Bachelor of Nursing students at the start of 2019.

Co-creators, Dr Donovan Jones, a registered nurse/midwife and Conjoint Researcher with the University of Newcastle, and Professor of Mental Health Nursing, Mike Hazelton, created Angry Stan in a bid to give students a realistic insight into the clinical workplace so that they are well-equipped to tackle conflict when entering the workforce.

“A lot of the biggest problems we have with our undergraduate students is exposing them to what they’re going to see in the clinical environment without putting them in danger,” Dr Jones explains.

“We were getting anecdotal feedback from students about really bad [clinical] placements where they were exposed to things but weren’t fully debriefed or supported. Quite often, students were dropping out of courses and weren’t even telling us.”

Dr Jones says actors are commonly used by universities to expose budding nurses to workplace conflict, but he suggests the practice isn’t cost-effective and remains inconsistent across universities so students aren’t getting the same experience.

About 500 nursing students trialled Angry Stan last year and the university will look to further embed it into its curriculum this year. 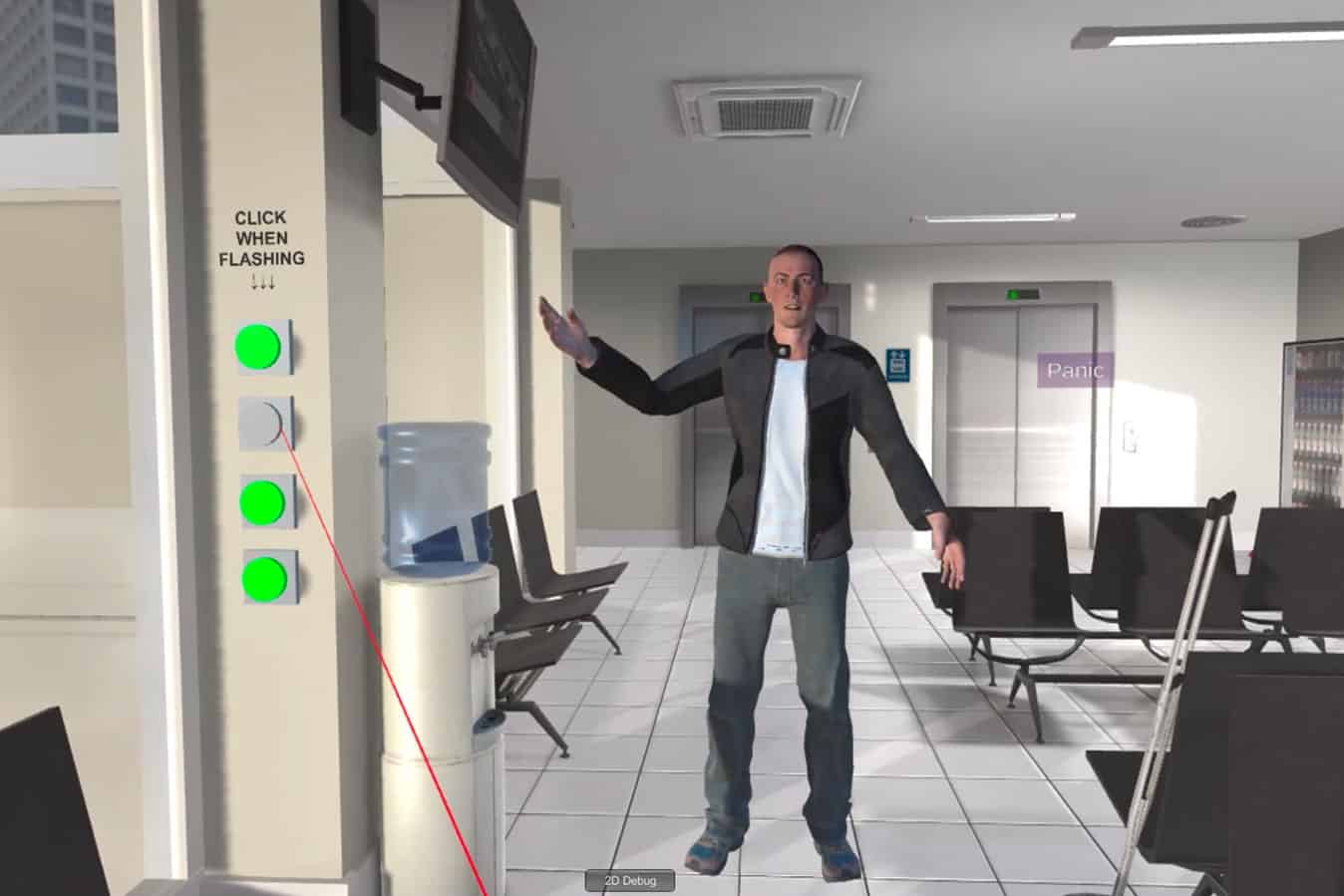 Angry Stan 2.0 is already in the pipeline and will see a ramped up version of the original where the virtual hospital visitor becomes more violent and harder to control.

Dr Jones says for many students, using Angry Stan is the first time they have been confronted with violence.

He believes the value of immersive VR teaching has the potential to be significant.

“For a two to three-minute immersion into a virtual world it really does open up students to a whole new world,” Dr Jones says.

“Once you use it and you see the students using it you start to see the value. It’s about being able to give them a quick glimpse into what it’s like but also have a little bit of fun while they’re learning as well.”

Dr Jones says occupational violence is something all nursing students will regrettably encounter during their careers.

“Whilst I don’t want anyone to think hospitals have the ability to be nasty places, unfortunately they do due to the nature of the work,” he says.

“A traumatic man who’s had a head injury, regardless of how he got it, can become very violent very quickly. But even the general public [can be violent]. We really do want the public to realise that we’re there to help them and that’s really what nursing and midwifery and healthcare is about.”

While supportive of zero tolerance approaches to occupational violence against nurses and midwives, Dr Jones argues the stand must be tied in with adequate training to deal with everyday conflict.

“That’s really good but we’re de-skilling our workforce at the same time because what happens when they have a nasty interaction with their colleagues? What happens when they’re getting bullied? And we know that’s rife in our profession. What I want to do is I want to give individuals the skills to go ‘Look I’ve done some training on this. I’m just going to stay calm. That’s the first thing I need to do’,”

The program has already received strong interest from health services and other universities looking to potentially incorporate it into their own training modules.

But Dr Jones stresses that the Angry Stan training program is still a trial and that research attached to the project, involving a PhD student investigating its benefits, will soon provide proper data on whether it can help nursing students once they enter the profession.

He says the next steps might involve partnering with an organisation such as the New South Wales Nurses and Midwives’ Association (NSWNMA) to conduct a larger trial and securing funding to build on the research to assist many industries.

“Equipping employees with ways to maintain their mental health should be of paramount importance. We realise that dealing with conflict in the workplace isn’t something that’s exclusive to healthcare.

“Moving forward, we’d like to explore gender roles and environments within Conflict Resolution to make it applicable to people working across a range of industries.”