The Australian Nursing and Midwifery Federation Tasmanian Branch (ANMF Tas Branch) and members took action at the Launceston General Hospital last Friday to raise concerns regarding the current health crisis and nursing and midwifery shortages across the State.

The action comes after the union, and its members rallied outside the Hobart Hospital the previous week.

The ANMF Tas Branch said there was critical nursing and midwifery shortages across the State which had reached crisis point. Yet the union said the issues leading up to the crisis were known over a decade ago.

Adding to the crisis, interstate recruits to fill vacancies that Tasmania had relied on had diminished, COVID-19.

The union, said nurses and midwives were extremely fatigued and worn down by regular overtime and double shifts as a result of the high vacancy rates.

The staff shortage had also resulted in inadequate support provided to early-career nurses and midwives who were constantly filling in the vacancies. 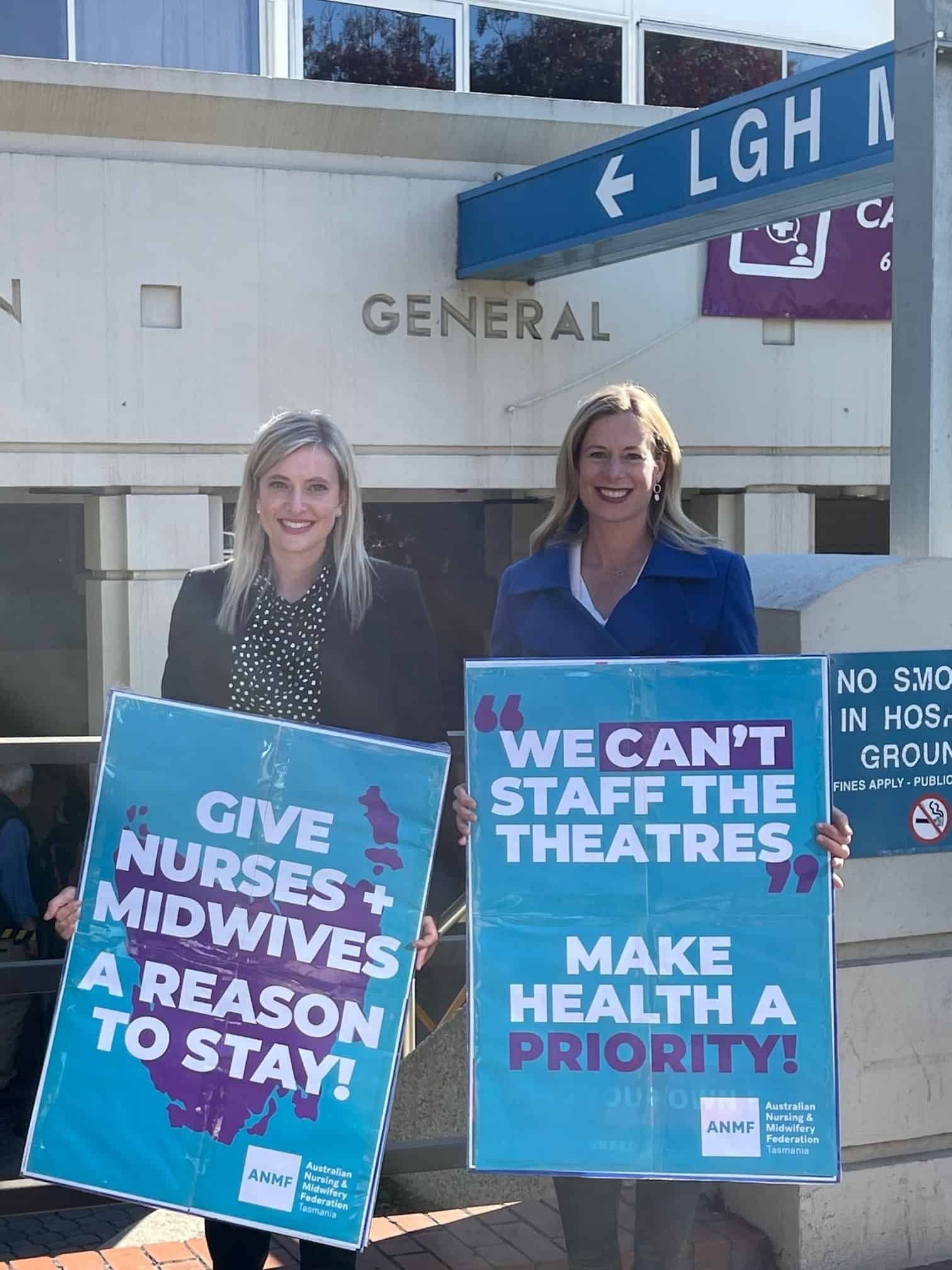 According to the ANMF Tas Branch, the union and its members had been dismayed by the apparent lack of recognition from election candidates to the current and impending crisis.

Over the past weeks, the purpose of the rallies was to call on political candidates to recognise the issues and commit to supporting nurses, midwives, and assistants in nursing in the lead up to the State Election.

The latest rally, held at Launceston on Friday, was attended by Greens and Labor officials in support, including Labor leader Rebecca White and Greens Health Spokesperson Rosalie Woodruff. 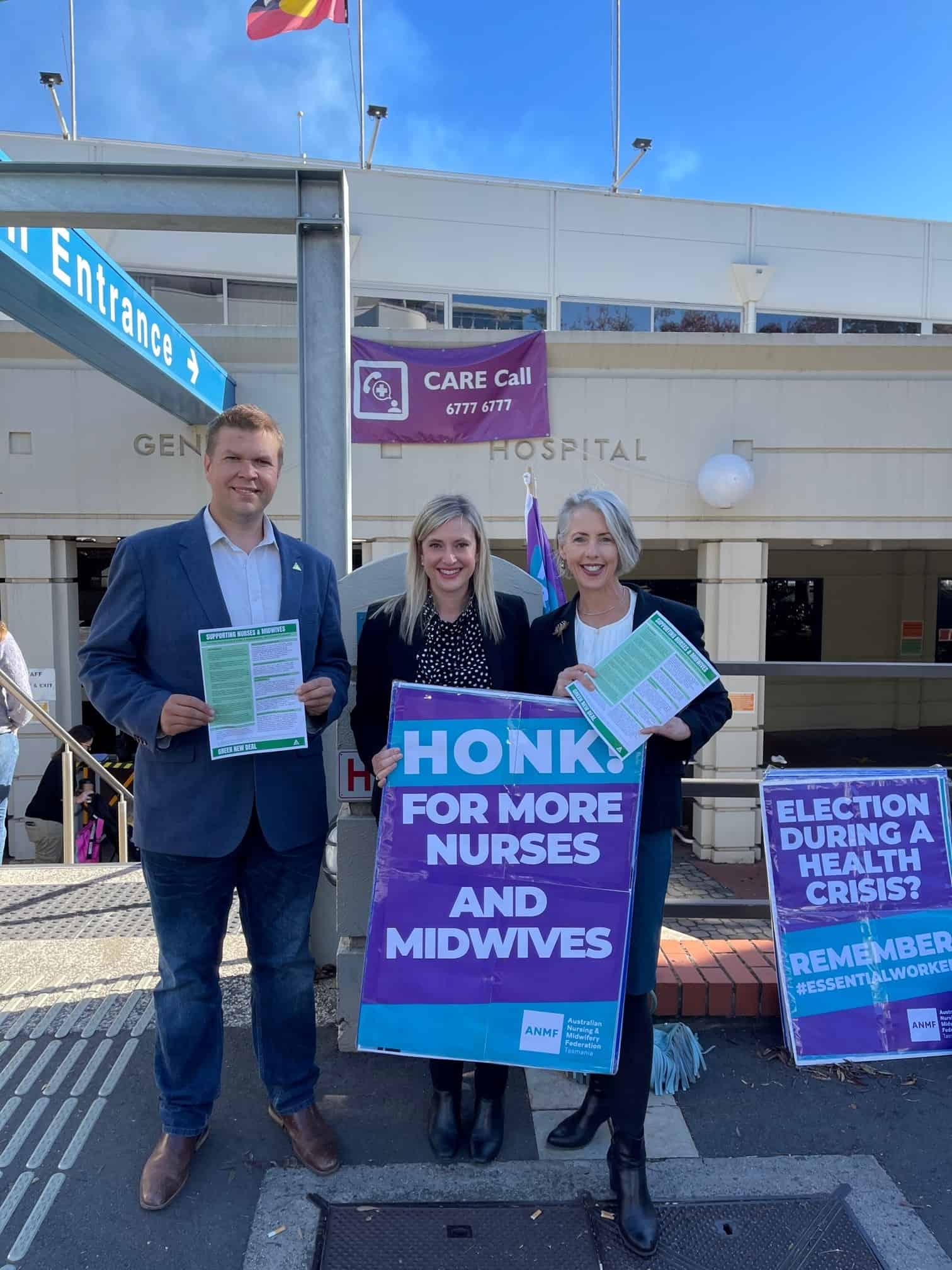 Emily Shepherd (centre) and Rosalie Woodruff from the Greens

“The Greens have also made a commitment to an additional 400 graduates, 120 permanent pool staff across the State, and additional Psychiatric Emergency Nurses, specifically for the Launceston General Hospital and Royal Hobart Hospital Emergency Departments. Independent Jax Ewin has also committed to the ANMF’s alternative health policy.”

Ms Shepherd said a specific commitment from the Liberals had not yet been received.