An Australian nurse’s journey into Ukraine

Since Russia’s deadly attacks on Ukraine, nurses and midwives worldwide are standing in solidarity with their colleagues, including volunteering on the frontline to give support.

The support is desperately needed and appreciated as Ukrainian nurses have been forced to contend with a significant number of serious injuries and lack of supplies on top of fears of attacks.

At the time of this report, the World Health Organization (WHO) stated there had been over 200 attacks on healthcare in Ukraine since Russia’s invasion. Despite WHO’s calls for an immediate cessation of all attacks on healthcare, the horrific attacks have continued, killing and causing severe injuries to patients and health workers, destroying vital health infrastructure and forcing thousands to forgo accessing health services despite catastrophic needs.

Humanitarian organisations such as Médecins Sans Frontières are also doing what they can to assist.

Nursing Activity Manager for Médecins Sans Frontières (MSF), Suzel Wiegert, has just returned after placement in Dnipro, a city 400kms South East of Ukraine’s capital city Kyiv. Her role was to assist the healthcare needs of the influx of Internally Displaced Peoples (IDPs) in Dnipro. 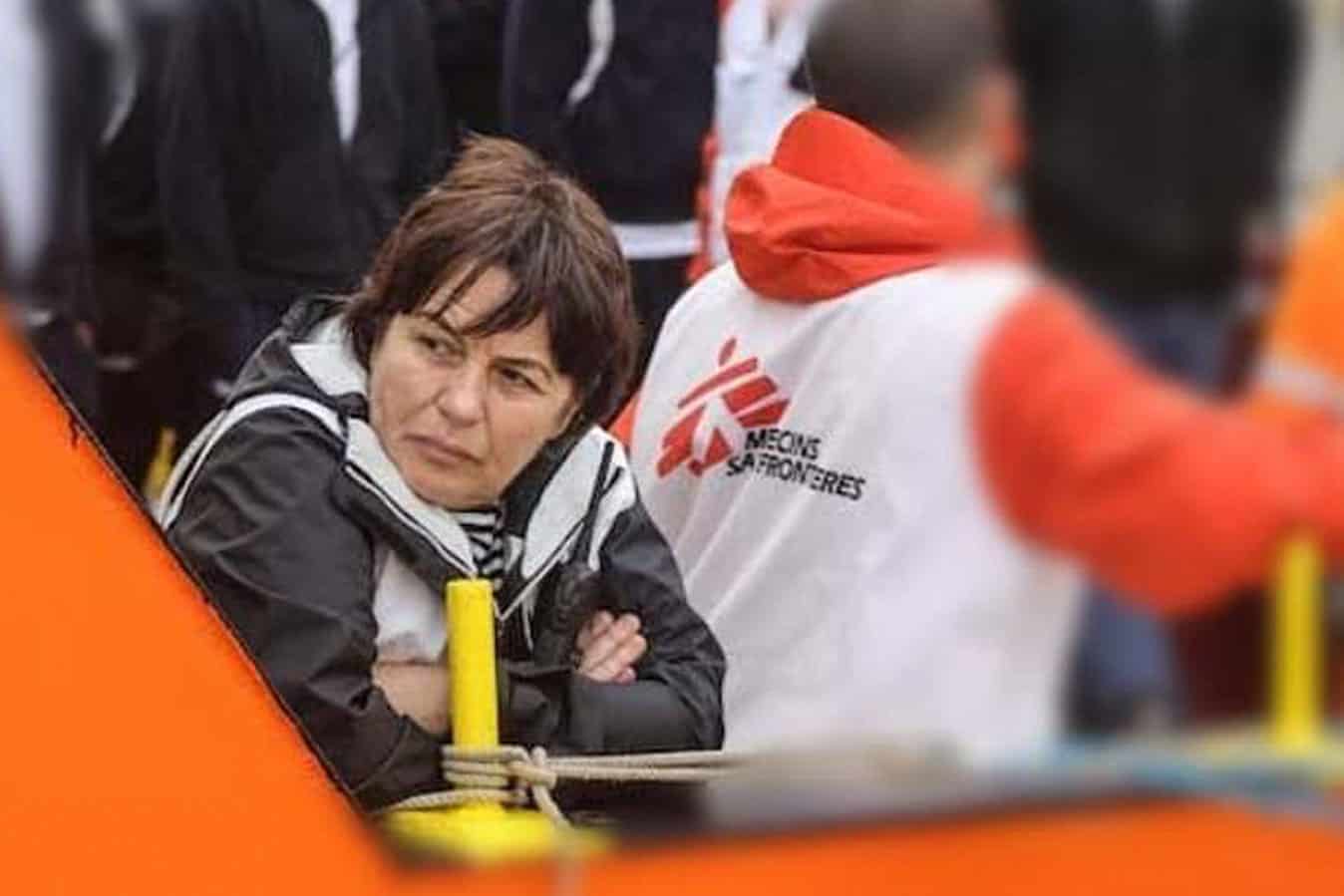 While in Dnipro, Suzel, who comes from NSW, says life in the region was almost “very much as usual”.

“You would go to the shops, and all the shelves were stocked; in the street, you had the mums pushing the prams, the lady walking the dog.”

“We had the raid alarm going off quite often… but apart from that, it didn’t look like there was a war in the country.”

However, Suzel says it was a very different story in conflict zones like Mariupol.

“[There, they] needed everything they could get their hands on.” Suzel, who had 19 years of emergency nursing experience before working overseas for MSF, has worked in regions such as Africa, the Middle East and the Caribbean, as well as boat rescues in the Mediterranean Sea. She says that the Ukrainian situation posed unique challenges distinct from her previous work for the organisation.

In Dnipro, Suzel’s team focused on running mobile clinics in shelters, addressing the needs of people living with chronic diseases with less immediate needs than those afflicted with physical traumas of conflict.

In particular, there was a focus on preventative health, with steps taken to ensure that IDPs living with chronic illness could access medication that would help prevent their conditions from worsening.

“[We] provided the medication for the chronic disease, at least to try to avoid the worsening of their conditions… It was challenging because the mind was really set on war nursing, trauma and all those things; it was a complete switch from trauma nursing to chronic disease.”

Suzel says the program was running well when she departed back to Australia.

The program in Dnipro is one of dozens of interventions MSF has made across Ukraine, with around 160 international staff and more than 490 Ukrainians working to provide support to people affected by the crisis. The organisation has supplied around 485 tonnes of medical and relief supplies to date.

Suzel, who will return to her role with local patient transfer service AirMed, where she works between stints with MSF, says nurses and midwives looking to work in this space need to be adaptable to the demands that can arise when working in unpredictable and unique situations.

“You have to be very flexible,” she says.

Suzel says the dynamic nature of MSF’s work can be appealing because of the opportunities for learning and genuine intercultural exchange.

MSF are presently looking to recruit across several roles, including midwifery, to fulfil roles within their overseas missions and has expressed particular interest in the skillset of Australian trained midwives. If you are interested, please head to MSF’s website msf.org.au to learn more about their work